Detox is the first step of overcoming an addiction to drugs. When seeking to overcome a drug addiction, many addicts question how long they’ll go through the detox process. Drug withdrawal is different for everyone. The drug detox timeline is dependent upon various factors including the type of drug, how long, how much, and how often a person uses.

The Drug Detox Timeline According to Drug Type

The biggest factor in determining the drug detox timeline, is the type of drug a person takes. Each drug has different withdrawal symptoms. The time withdrawal lasts is determined by the type of drug and a person’s relationship to it. Following are commonly abused drugs and the timeline of detox for each.

Early withdrawal can begin anywhere from a few hours to a few days after quitting. In the early withdrawal phase may include symptoms of anxiety and agitation that the drug was covering up. It typically lasts a few days.

Acute withdrawal will constitute the bulk of a person’s detox from benzodiazepines. It typically begins after 3-4 days and can last from a week or two to several months. Symptoms can be extremely uncomfortable and include anxiety, insomnia, mood swings, anger, agitation, vomiting, nausea, diarrhoea, twitching, loss of appetite, and weight loss.

Approximately 10 percent of benzodiazepine addicts will experience what is known as protracted withdrawal. This is when a person goes through withdrawal that can encompass several months or years after initially quitting.

Because heroin is considered a short-acting opioid, it is known to leave the bloodstream rather quickly. While the drug detox timeline for a substance like heroin will be different for everyone, detox typically lasts 5-10 days depending on the severity of a person’s addiction. Although heroin has a relatively short detox time, it is commonly considered one of the hardest drugs to quit. 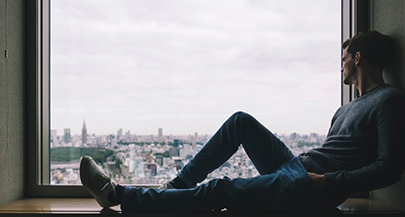 If someone you care about is exhibiting signs of addiction – whether it’s excessive marijuana use, long-term dependency on pharmaceuticals, binge drinking of alcohol or even financially damaging levels of gambling – contact us for immediate rehabilitation help.

Talk to an Advisor

The phases of heroin withdrawal are as follows:

Heroin detox begins approximately 6-12 hours after a person last uses. In this period marking the beginning of detox, the symptoms a person experiences will be determined by how much, how often, and how long they have been using. Typically, symptoms will include nausea, yawning, abdominal cramps, sweats, chills, runny nose, and muscle aches. These symptoms may last a few days depending on the nature of a person’s addiction.

Acute withdrawal typically begins 1-3 days after a person has stopped using heroin. It can last anywhere from 3-7 days depending on the severity of a person’s addiction. On the drug detox timeline, heroin addicts can expect symptoms to be the worst during acute withdrawal. These symptoms will usually include vomiting, diarrhoea, tremors, difficulty concentrating, fever, restlessness, fatigue, depression, hypertension, agitation, increased anxiety, difficulty feeling pleasure, and more.

Detox from heroin typically only lasts about a week. Symptoms typically begin to subside after 5-7 days. Post-acute withdrawal syndrome can last several months in some cases of extreme heroin addiction. 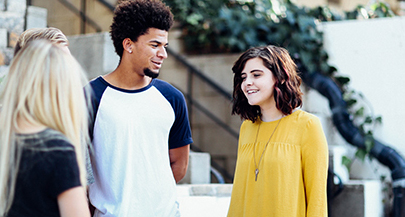 Although stimulants are not considered to be as physically addicting as other drugs such as heroin and benzodiazepines, they do pose difficulty for withdrawal. The drug detox timeline for stimulants is generally 4-10 days, although will vary amongst different people and types of stimulants. Symptoms typically begin within 6-24 hours after a person’s last use.

While cannabis withdrawal isn’t considered as difficult as some of the heavier drugs, an addiction to cannabis will present various uncomfortable withdrawal symptoms. Symptoms of cannabis withdrawal include irritability, trouble concentrating, loss of motivation, headaches, insomnia, loss of appetite, and depression. The drug detox timeline for cannabis typically begins the day following the last time a person used and can last up to two weeks or longer.

What Factors Will Influence the Drug Detox Timeline?

Drug addiction is different for everyone. Different drugs will also affect people in different ways. The drug detox timeline will be different for each person going through drug withdrawal. While detox from most drug addictions won’t take longer than a couple of weeks, there are various factors that will influence a person’s detox.

The type of drug a person uses is the biggest factor to take into consideration when trying to determine a drug detox timeline. How much of this drug they used will be indicative of how long they can expect to detox. Other influences that affect the drug detox timeline are how long and how often a person uses. Use of other substances will also play a role in how long detox lasts.

If someone you care about is exhibiting signs of addiction – whether it’s excessive marijuana use, long-term dependency on pharmaceuticals, binge drinking of alcohol or even financially damaging levels of gambling – contact us for immediate rehabilitation help.

Talk to an Advisor

We Can Help You Choose a Drug Detox Options

If you are seeking to overcome a drug addiction, there are countless resources throughout the UK that can help. We are here to make the process of finding a drug detox centre easier, if that is the route you choose to take. We are available 24 hours a day, 7 days a week to discuss anything related to addiction and the recovery process. Any questions you have about the drug detox timeline can be answered by one of our compassionate addiction specialists in a completely confidential call. Detox typically lasts no longer than a couple of weeks and is the first step in taking back the freedom from addiction you deserve.

Our trained addiction counsellors are on hand 24 hours a day. 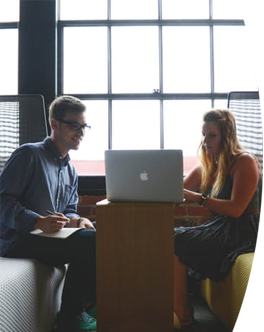